The second episode of “Sunnyvaleans” focuses on the Sunnyvale Heritage Park Museum and the history of the Murphy family. Museum Director Laura Babcock shows us around the museum, which features educational and historic displays, period rooms, and many of the Murphy’s possessions.

In 1844, Martin Murphy and his family became the first settlers to bring oxen and covered wagons across the Sierra Nevada mountain range. The map room of the museum features a map of the route they took across the great plains of America. 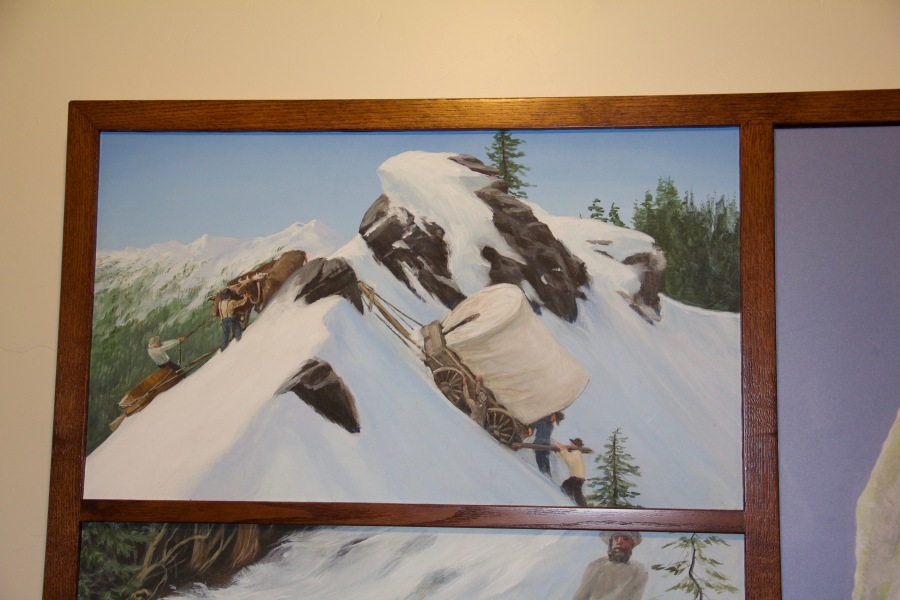 One detail painting of their journey features the moment the Murphys reached the peak of the mountains. It was so steep that the wagon had to be emptied and all the Murphys had to get out and push or pull the oxen and wagon over the ridge!

View all posts by misukpark